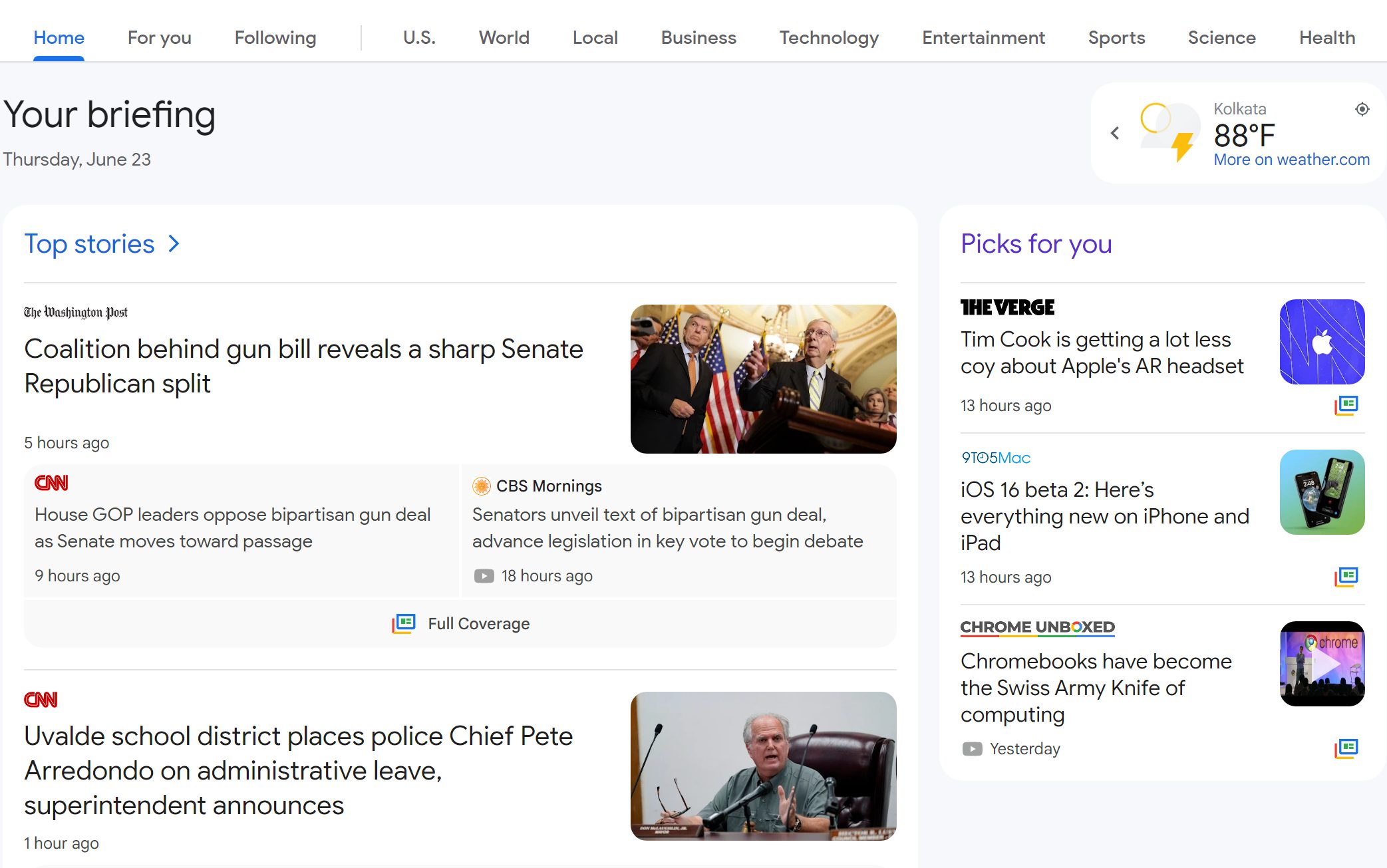 Google News is getting a fresh new makeover to celebrate twenty years of its existence, Android Central reported. The redesign which applies to the desktop version of Google News is centered around bringing about a more personalized feel to the users who will have better control over the sort of news they’d like to have in their feed. Towards that, there are going to be separate sections introduced for Top Stories, Local News, and Personalized Picks. The navigation section too has been moved to the top from the left pane, which Google said will make it better accessible.

The local news section gets some major upgrades as there are filters available now that will let users have finer control over news from specific locations dotting their news feed. Users will be able to add multiple locations from which they’d like to have the local news. This would be great for those who’d like to keep a tab on the local news from specific locations. Then there is also going to be a section containing news from local publishers in a particular region. Apart from these, Google News in its new avatar will allow users the ability to select topics or stuff they’d like to keep themselves updated on.

Another feature added to the new Google News is a more capable fact-checking section which Google said will allow users to have an enhanced ability to check the news sources to make out the real from fake news. It is going to be based on the feedback provided by independent organizations and could be a handy new tool to prevent the spread of misinformation and propaganda.

The new design however isn’t there to be seen right away. Instead, Google is providing a link on the top of the Google News page that would allow users to choose the new redesigned Google News or continue with the old scheme. Users will also have the option to revert back to the old Google News from the Settings section if they don’t find the redesign to their liking.

The post Google News is celebrating its 20th anniversary with a fresh new redesign first appeared on Good e-Reader.