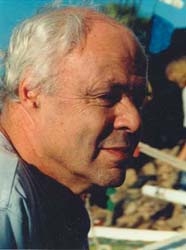 Dick Marek was a legendary book editor and later an extremely successful writer and ghost writer. He lived in Westport, Connecticut with his second wife, the writer and therapist, Dalma Heyn.

I had the honor to interview Dick for Writerscast in 2015, in which he talked at length about what many consider to be the golden age of American trade book publishing, of which he was an integral part. And I had the great pleasure to have worked with Dick and Dalma on one of their jointly written novels, A Godsend some years ago. He was a wonderful person and a uniquely talented literary being.

Dan Woog wrote a lovely piece remembering Dick for his great Westport centric blog 06880 (the quote by Dick below comes from Dan’s piece.)

Richard started as a junior acquisitions editor at Macmillan and worked my way up to becoming President and Publisher of E.P. Dutton. He edited James Baldwin’s last five books, Robert Ludlum’s first nine books and novels by Peter Straub, Thomas Harris, including The Silence of the Lambs, and also Ben Stein, and David Morrell. Marek was a novelist himself. His 1987 Works of Genius concerns the psychological takeover of his literary agent by a great (and narcissistic) modern writer.

Richard and Dalma were fixtures in the Westport literary community. Together they wrote How to Fall in Love: A Novel, which was published last year.

“Love is more important than anything else in this world,” Marek said shortly before he died. “If you’re lucky enough to have it — and write about it — you will have a happy life.”

We will miss you, Richard. 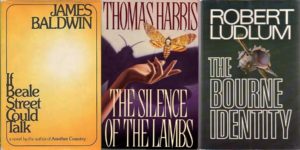 The post Writer and editor Richard Marek has died. first appeared on WritersCast.