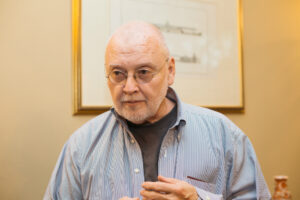 John and I had many mutual friends in literature and similar tastes and interests, and his vision of writing and books led me to learn about many writers whose work I would otherwise never have known. He was opinionated and sometimes difficult, but his dedication and commitment to discovering and presenting important books never wavered.

Here’s a good representation of his view of the work he did:
So I started the Review out of a sense of isolation, as well as a kind of outrage at the fact that books and authors were reduced only to marketplace value. And I should say that, from the start, I wanted the magazine to break down the artificial barriers that exist among countries and cultures. It was my view then and now that one can’t properly come to terms with contemporary writing without seeing it in an international context, and it’s also my view that Americans generally don’t want to know anything about the world outside the United States unless they are planning a vacation.

I interviewed John in 2016 for my Publishing Talks series of conversations with independent editors and publishers. We had a long and wide ranging conversation about the history of both his journal and his book publishing efforts.

In the description of that interview I quoted him: “I wanted the Press to define the contemporary period, or at least what I saw as what was most important in the contemporary period. Further, I wanted these books permanently protected, which is why from the start the Press has kept all of its fiction in print, regardless of sales. And as with the Review, I wanted the books to represent what was happening around the world rather than more or less being confined to the United States. Like the Review, Dalkey Archive Press was and is a hopelessly quixotic venture.”

In 2011, Dalkey Archive received a Lifetime Achievement Award from the National Book Critics Circle, and in 2015 John O’Brien was made a knight in the Orde des Arts et des Lettres for his contributions to publishing French literature abroad. Not bad for such a “hopelessly quixotic” operation. The catalog of Dalkey is massive and is a remarkable testament to the talent, taste and energy John brought to his work and life.

The latest news is from Deep Vellum, which has acquired Dalked and RCF:

Before his passing, the Dalkey Archive’s board of directors approved an agreement to merge with Deep Vellum Publishing, a nonprofit publishing house and literary arts center based in Dallas, TX. Deep Vellum and its publisher Will Evans plan to honor John O’Brien’s legacy by keeping Dalkey Archive’s backlist in print and by signing future titles, together with the assistance of editorial consultant, Chad W. Post, of Open Letter Books at the University of Rochester.

As an editorial imprint of Deep Vellum, Dalkey Archive will remain true to O’Brien’s vision of keeping its legendary backlist in stock, continuing to publish leading literature from around the world, and working closely with readers, students, editors, writers, and translators to foster an international community for literature. Will O’Brien, John’s son and current president of Dalkey Archive’s board of directors, will join Deep Vellum’s board of directors as part of the merger.

An online memorial service to honor John O’Brien’s life and work will be held on December 9th. Keep up with Deep Vellum here. 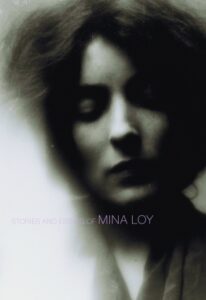 The post Publisher and editor John O’Brien has died first appeared on WritersCast.