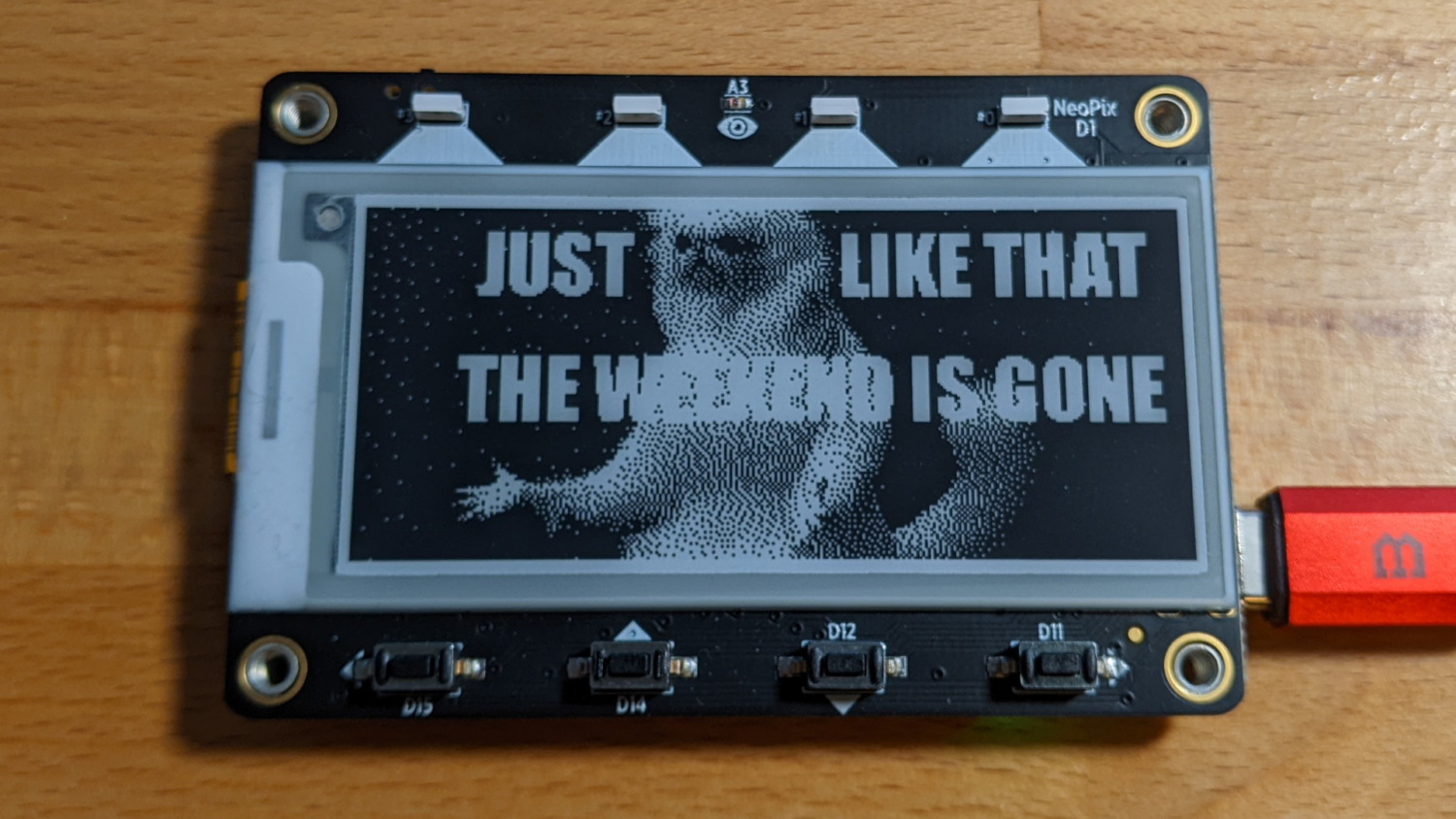 Going through memes can be a nice way to let go of some stress. That way, you will also do a favor to your friends and colleagues by sharing interesting memes with them. The developer relations engineer at Golioth, Mike Szczys has taken things to another level by creating a device for the sole purpose of sharing memes with co-workers using the Adafruit MagTag that the company provides to all of its employees. As Hackster.IO reported, Szczys is calling his creation Mepaper which is short for Meme and e-paper.

For those who might not be knowing, Adafruit MagTag essentially is an ESP32-S2-based board that comes integrated with a monochrome E Ink display having 296 x 128 pixel resolution. The MagTag also features four pushbuttons, four RGB NeoPixels as well as an accelerometer. All of this together with wireless connectivity makes it just the perfect demo device that suits Golioth as an IoT platform company.

The working principle of the Mepaper is simple. The device which runs firmware based on the ESP-IDF connects to the internet and downloads the images which then get displayed on the E Ink display. The company’s own system manages all the MagTags in use. The software side and communication are managed via Python, Google Drive, Slack, and Golioth.io along with the embedded microcontroller code. However, as Szczys stated, the Mepaper right now has a drawback wherein each user has to set up their device credentials, something that he hopes to fix via a future update.

As for Golioth, it serves as an IoT platform that specializes in providing cloud services for embedded devices. To put that in simple terms, it provides the interface for efficient connectivity of the microcontroller to the Internet. You can have more information on this from the Golioth blog post here.

The post Mepaper is an Adafruit MagTag-based device for showing memes on the E Ink display first appeared on Good e-Reader.