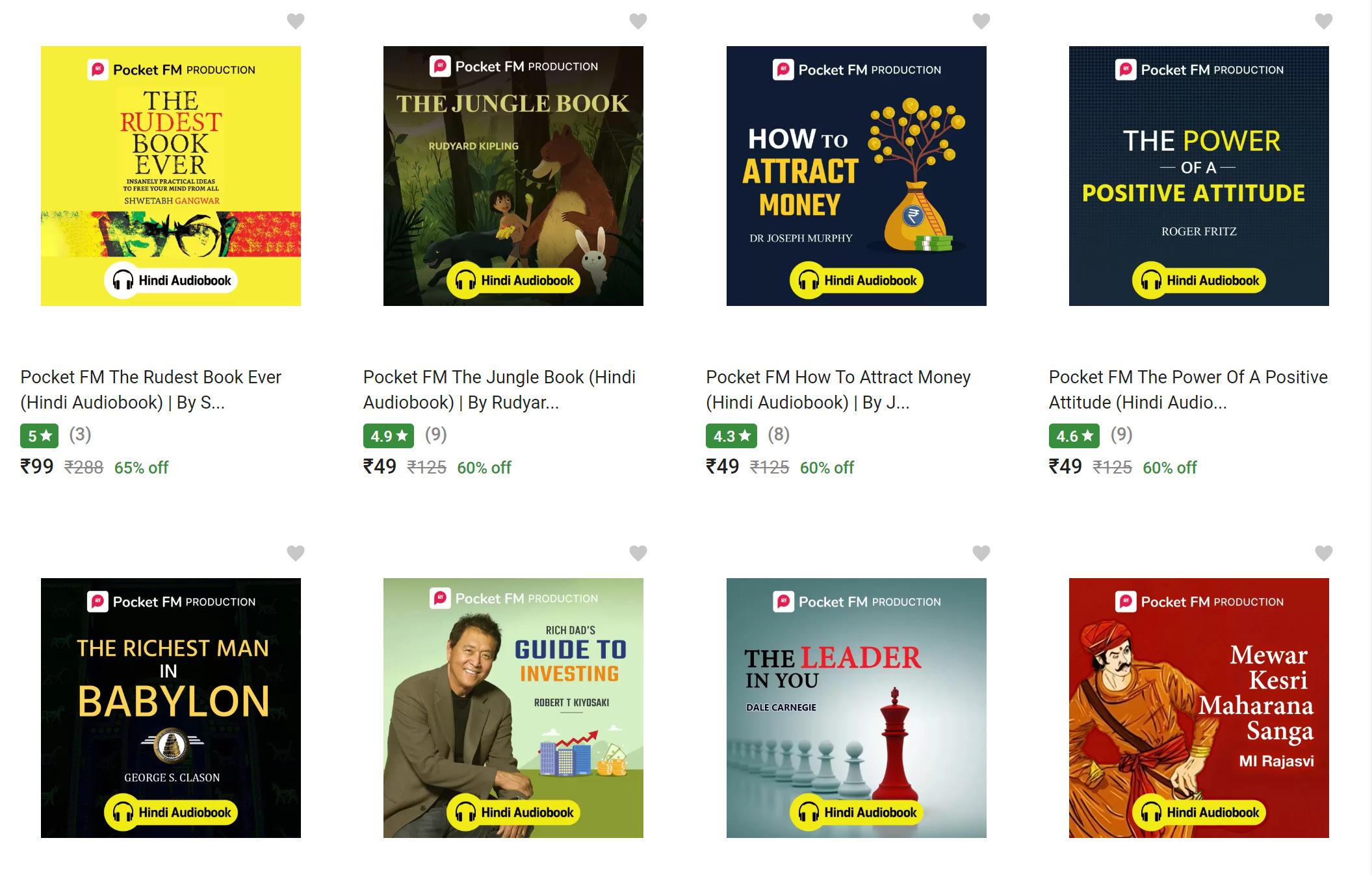 Flipkart, one of India’s largest e-commerce platforms announced it has tied up with Pocket FM to offer audiobooks via its site or mobile app, TOI reported. Right now, there are only a few audiobooks that are on offer, but the collection is expected to grow further in the coming months. The audiobooks are mostly in regional languages though a few English language audiobooks are also available.

In any case, Flipkart’s move to get into the audiobook business makes a lot of sense. Its prime competitor, Amazon has been into it for years now and has a separate arm, Audible for offering exclusive audiobook services. However, unlike Flipkart, Amazon’s audiobook services, or for that matter, its entire book business is deeply entrenched in its retail segment. The company offers a complete end-to-end book reading or listening solution which includes a dedicated Kindle range of e-readers on one end and books, both in print and e-book form on the other.

For Flipkart, its audiobook business is similar to the way it sells other items on its site. It is like providing a platform for sellers to sell their stuff. Still, this would make for a win-win situation for all sides considering the huge popularity of audiobooks in the country. According to one estimate, those who listen to audiobooks in India stand at a credible 25 million.

Authors too stand to benefit immensely from the renewed exposure to audiobooks. The particular format gained immense popularity during the pandemic and has maintained its growth trajectory ever since. The deal with Flipkart will let Pocket FM have access to around 400 million Flipkart users right away.