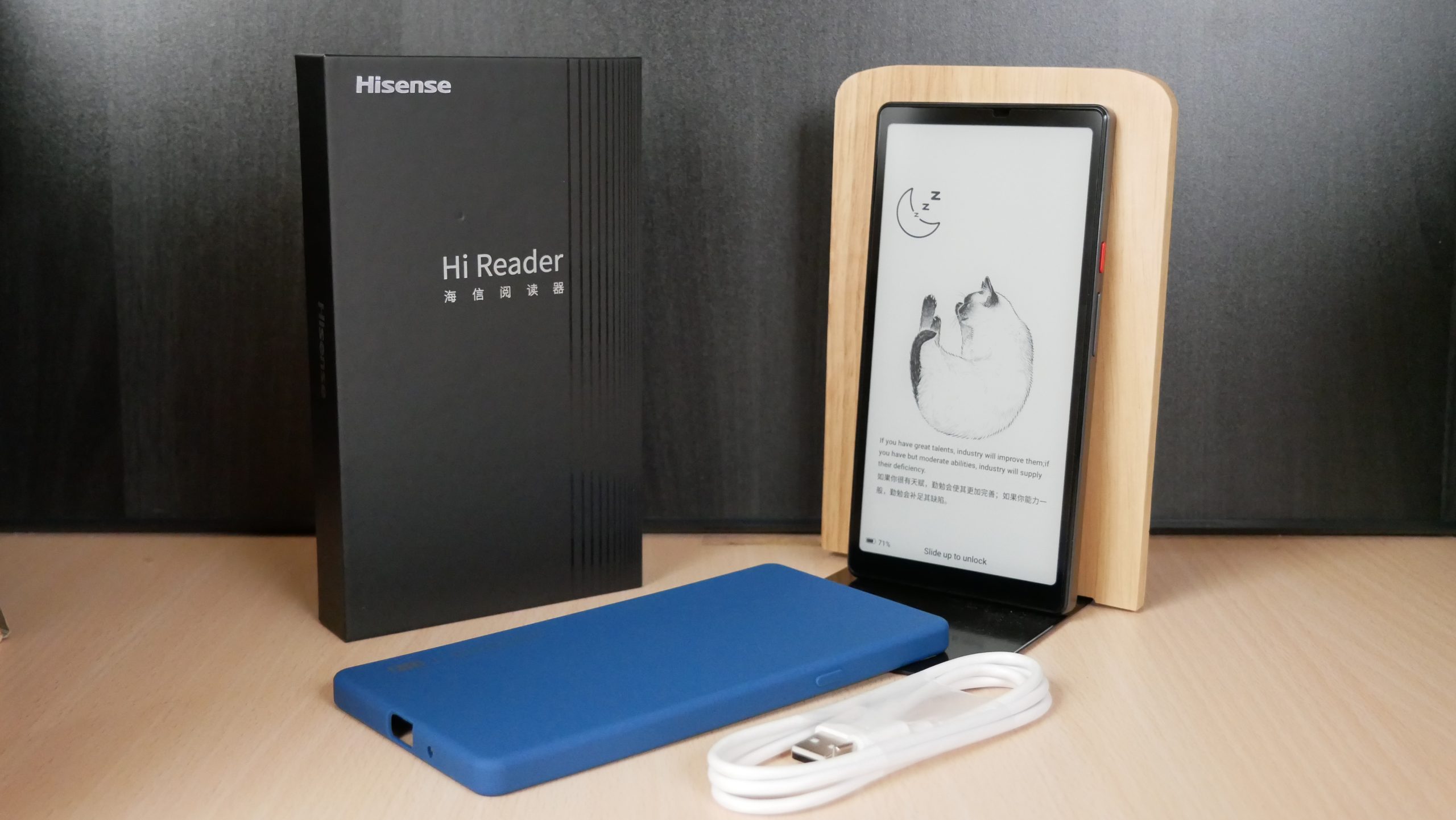 Hisense is well-known in the e-paper world for releasing E INK enabled smartphones. They have been issuing devices like this for the past four years and lately they have been expanding into other areas. The first, was the Hisense HIFI Touch, which is a dedicated music player that supports all of the major formats, such as FLAC. It featured Android and employed a 3.5mm headphone jack, for wired connections. A couple of weeks ago, they released their first dedicated e-reader, the Hisense HI Reader. It looks like a smartphone, however it doesn’t have any cellular functionality, instead it it a pocket-friendly book reader.

The Hisense Hi Reader features an E INK Carta HD 6.7-inch E Ink display with 300 PPI resolution and an 84 percent screen-to-body ratio. The display allows for 36-level DC dimming and can adjust the brightness automatically with nary a flicker. That way, you can always focus on the reading with the display adjusting according to the ambient light, so you don’t have to do it manually.

Under the hood lies a 1.8GHz UNISOC T610 Octa-core chipset that is coupled to 4 GB RAM and 64 GB of native storage. You can connect to the internet via WIFI and it has Bluetooth 5.1 to pair wireless headphones or earbuds to listen to audiobooks, podcasts or music. There is a single speaker on the bottom, which provides a bit of audio power, but headphones would be better. Power comes from a 3000 mAh battery that should allow for decent run times, it has a USB-C port for charging. The Hi Reader runs Android 10 OS though it is not known at the moment if it is upgradeable to the latest Android 11. You can sideload in your own apps or install an alternative app market to keep apps updated. Hisense has a stock e-reading app that supports most major ebook formats such as EPUB, MOBI, PRC, AWZ, TXT, PDF and others. If you have an extensive book collection that is DRM-Free, you can easily load them in yourself or connect to cloud storage. Otherwise if you do business with a major retailer such as Amazon, Barnes and Noble or Kobo, you can just install them from APKMIRROR using the internet browser.

The Hisense Hi Reader comes with a free blue gel case. It was done with lasers to fit the Reader and has room for buttons. This should keep it safe and secure. The retail packaging is black and has some key selling points on the back, along with some regulatory information. It is certified for the Chinese market, where this is primarily sold. However, it does support 12-14 major languages, including English. The device itself is rectangular in shape and the corners are square, with barely any ridges. The structure is basically a block of aluminum. On the back is no perforation, but it does say designed by Hisense, which is cool. On the front, the e-paper screen is underneath a layer of glass, which is flush with the bezel.

You can buy the Hisense Hi Reader internationally, from the Good e-Reader Store. It retails for $399 and comes with a free case.