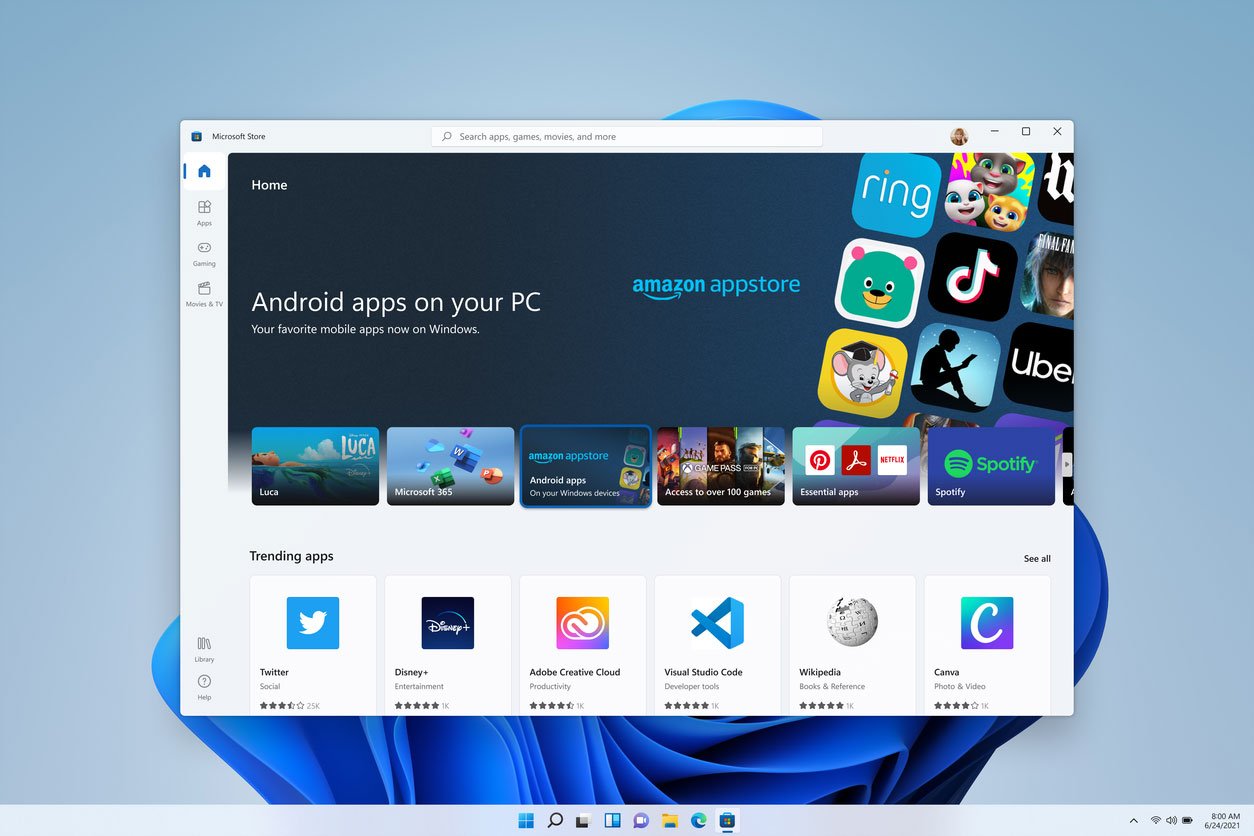 Microsoft was really hyping up being able to install Android apps via the Amazon App Store on Windows 11. Sadly, being able to install apps from Amazon were only available in the United States. This will soon change, with the announcement that in the next couple of weeks the Amazon App Store will be available in 31 countries. This includes Australia, Canada, France, Germany, Japan, United Kingdom and more.

There are over 2,000 Android apps that will soon available. What is most exciting for PC users is being able to install the Kindle app for Android. Since the content is being handled by the Amazon store and not Microsoft, Amazon can facilitate in-app purchases for comics, books, manga, magazines and newspapers. Audible killed off their app for the PC, but when Amazon Store expands, users will be able to use the app, instead of forced to access the web-player.

The Windows Subsystem for Android that power these apps on Windows 11 is also being improved. The latest Windows 11 22H2 Update delivers faster graphic performance with hardware acceleration, DRM video support, better input handling across touch, mouse and keyboard, as well as network and security improvements.

The post Amazon App Store for Windows will soon be available in 31 countries first appeared on Good e-Reader.